Andrew Tate: Stats and Valuable Insights That Make Him Millions

Whatever you might think or hear about Andrew Tate, one thing is very obvious:

He clearly knows SOMETHING about making money that we don't, and he CLEARLY has a lot of it. 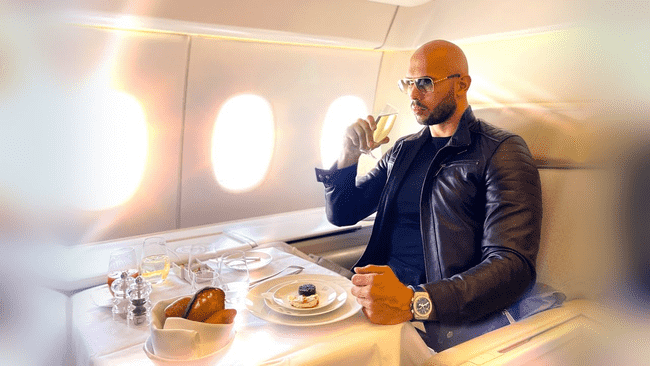 And no matter who it is, if it's working for them, then it must also be true that it COULD work for someone else.

Even if it's only a fraction of the results.

At the end of the day, both Andrew Tate, You, and I have the same thing between our ears, the thing known as a brain.

So what does Andrew KNOW, that we DON'T?

But first, let's round up who he is, Andrew Tate's net worth, and how he made his money.

It's hard to say exactly what Andrew Tate's net worth is, as he's the only one who truly knows.

We can get a fairly good idea and estimate how much the man is worth by looking at some facts. 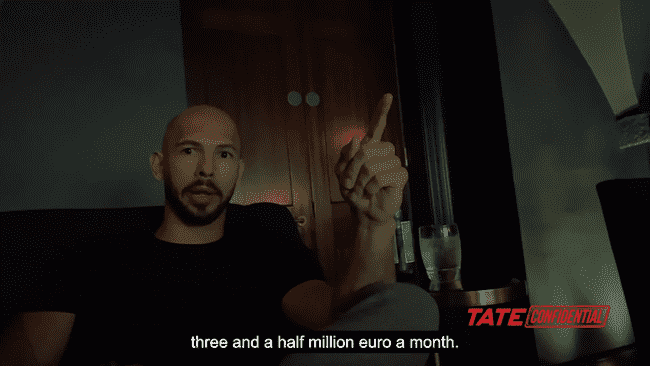 With simple math, this means that Andrew Tate is making between $2.4-42M per year.

Adding an impressive mansion, a Bugatti, and over 20 supercars, you can easily bump up his net worth by an additional $15M-$20M (the Bugatti alone costs $5M fully specced).

| How old is Andrew Tate?

Andrew Tate is a British American born in December 1986, at the current time of writing he is 35 years old.

In 2016 at the age of 30 Tate participated in the reality television series Big Brother House.

| What does Andrew Tate do for a living?

You usually hear the saying that millionaires have an average of 7 income streams, and Andrew Tate is no exception.

From what we know watching his content online, both from his own videos and interviews made by podcasters, he has the following streams of income:

And this is an important lesson to take home, no matter who you are, creating several income streams from different sources and verticals is paramount to financial success.

| How many cars does Andrew Tate own?

| How did Andrew Tate make his money?

As stated earlier in this article, Andrew Tate has several income sources today.

Initially, Andrew made his first wealth from his webcam business. And there's no one better to explain how he did it than the man himself.

| What is Hustlers University?

Andrew Tate has created his own "education business" in the form of Hustlers University where they teach about modern wealth creation and making money online.

According to the product page, Hustlers University is:

"A community where me and dozens of War Room members will teach YOU exactly how to make money TODAY."

This is a community where you will have access to information in the following areas:

| How does Andrew Tate teach people to make money?

Hustlers University is not run by Andrew Tate himself, but more so by a dozen of people called the professors.

These professors are hand-picked by Andrew to teach how to make money in their individual fields of expertise.

All of the professors are well in their net worth and all capable of teaching students their craft.

Hustlers University is essentially a social platform where you get to learn real-world skills, such as sales, copywriting, and freelancing.

Once you become semi-good at the skill of your choosing, you'll be able to run your own business, acquire clients, and create a living for yourself that's not a 9-5 job.

As someone who's actually bought and explored the insides of Hustlers University, I can attest that it's 100% legit.

Below are fresh screenshots of fellow students that post their wins daily. These are real people just like you and me who are crushing it with the help of Hustlers University. 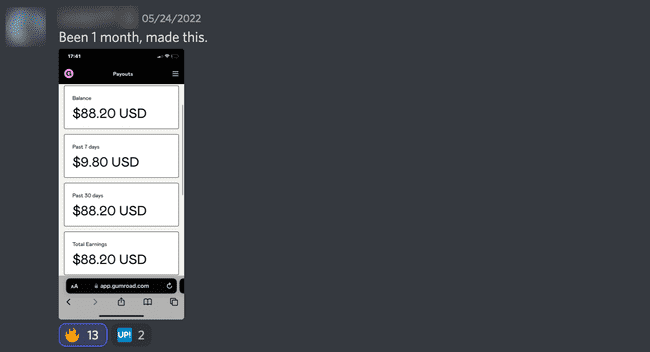 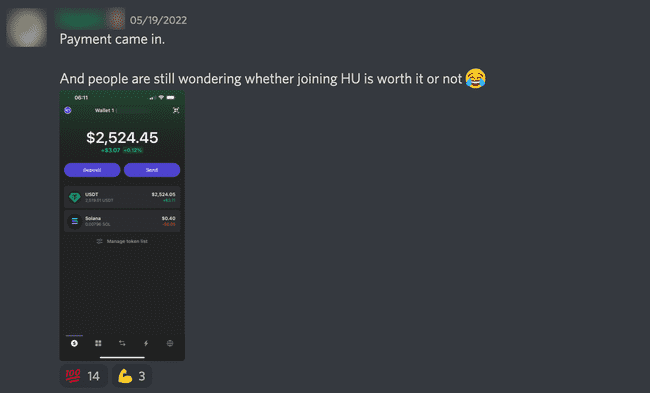 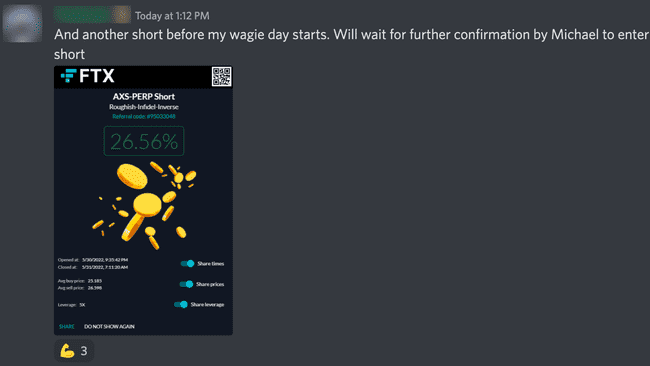 I've written an in-depth review of Hustlers University, so if you want to discover more about what it's all about and how it can benefit you, then makes sure to read it first. 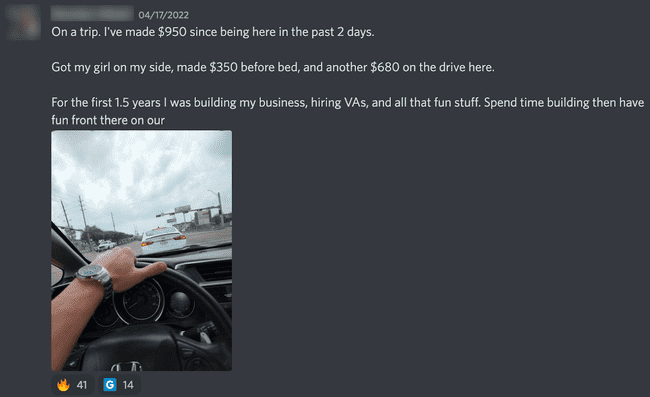 Hustlers University does NOT work if you just join and expect to earn money by doing nothing, there is no such thing.

Just like a real education or a real job, you actually need to work and become better.

Continuously take action, change who you are, and become deserving of wealth.

| Is Hustlers University worth it?

Personally, I enjoy Hustlers University and don't plan to leave any time soon.

I literally watch as these HU2 students do nothing but win, win, and win some more.

It's super hard to think money is hard to make when all you see are LIVE testimonials from others making money. 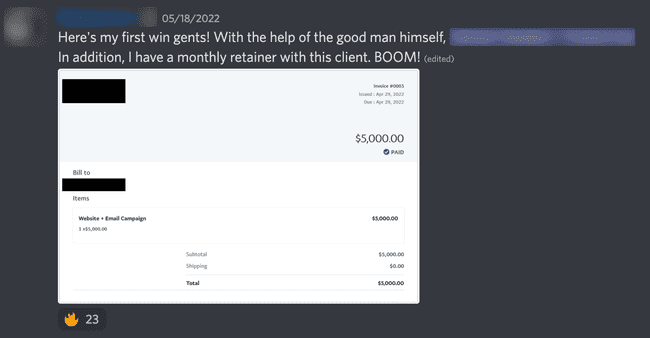 I truly enjoy being around winners and recommend you try it for once.

The $50 alone is worth it and let's be truthful, what was the last $50 you spend on ANYTHING and actually progressed in life or made you more money?

Neither Netflix, a new pair of shoes, nor playing Elden Ring will ever give you a return on your investment.

With Hustlers University, you at least got a shot at doing it, try it for yourself. 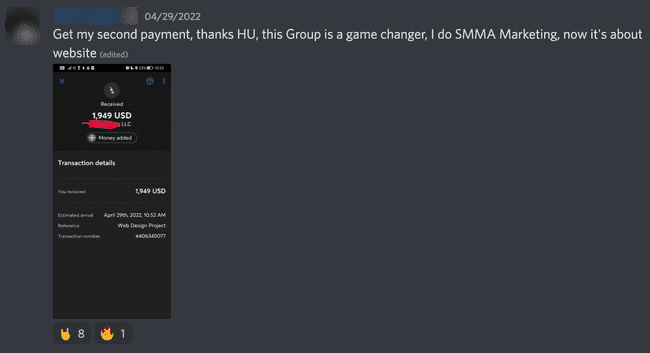 | What is the War Room by Andrew Tate?

The War Room is somewhat of a mysterious community that Andrew Tate is responsible for.

Summarizing what other members have said about the War Room in recent AMA's in Hustlers University, this is my understanding of it:

The War Room is a community of exceptional individuals who excel in all realms of human endeavor.

This is a place where people all across the globe network and collaborate with each other.

There is a saying that "your network is your net worth" and this is exactly what the War Room aims to achieve.

It's run on the social platform Telegram and consists of different rooms where you can collaborate and exchange skills with other wealthy individuals.

People network and help each other to excel in areas such as money, relationships, finances, business, personal growth, and life in general.

Below I've compiled the best info and the golden nuggets of Andrew Tate's content that give valuable insights into how he operates and wealth creation.

There are 4 specific points that Andrew talks about, the mindset that you NEED to have in order to operate like a G.

Include these in your thinking and watch how your life transforms in front of your own eyes.

| 1. Believe that you're the MAN and that you can do anything

| 2. Be pissed off that you don't have the life you actually want

| 3. Nobody in this world is coming to save you, EVER

| 4. Become a sayer and extremely accountable, say what you mean

| How the Matrix exists, eye-opening speech

Andrew Tate shares his viewpoints on how the Matrix is actually real, just not how you think it is.

| Andrew Tate on SPEED is everything in life

In this video, Andrew shares how speed is the deciding factor if someone will make it or not, and can be applied in all walks of life.

Despite all the controversies about Andrew Tate, he is a man who leads his life by results and achievements.

Few individuals do have a life that he has and coupled with the fact that he started out dead poor in the council estate of Luton England, makes his story even more impressive.

Keeping an open mind to how successful people operate in the world can only lead to improvements in your own.

Take and implement what works, and discard what doesn't. THIS will lead to progression.